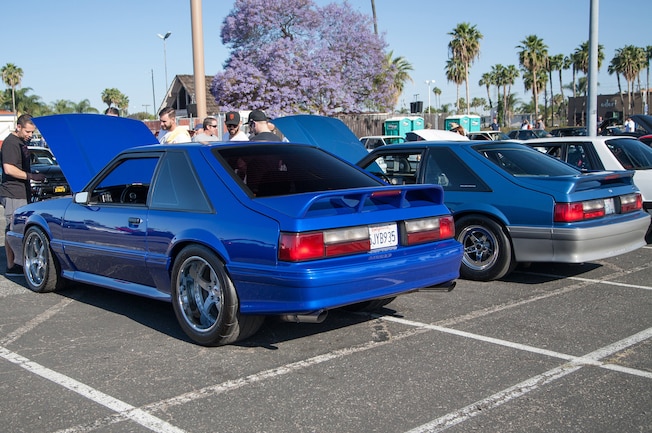 There is no hiding the fact that Southern California loves its Fox-bodies. The 2016 Fabulous Fords Forever show at Knott’s Berry Farm was further proof that the venerable Fox chassis is still one of the most popular late-model Mustangs for the Blue Oval crowd.

Anywhere Mustang fans looked was a clean Fox-body. Whether it was a four-eyed car, an aero-nose, or even an SVO, Fox-bodies were everywhere. And we’re not just talking GTs, Cobras, coupes, LX hatchbacks, and convertibles, but Fox-bodies of all styles like Saleens, drag cars, road race cars, clean stock examples, lightly modded street cars, daily drivers, and everything in between.

In fact, according to many attendees, Fox-bodies represented one of the largest groups of platforms at the 2016 Fabulous Fords Forever show, which attracted 1,836 Fords, Lincolns, and Mercurys, with 1,086 of them being Mustangs.

Stephen Brookes says, “I always look forward to the Knott’s show because there are a ton of Mustangs, but I especially look forward to seeing the Fox-bodies because there’s so many of them here every year and there’s always a ton of really nice examples from all years, colors, and styles.”

The last Fox might have rolled off the assembly line over two decades ago, but thanks to a capable and lightweight chassis backed by a strong aftermarket and a dedicated following, the Fox-body isn’t going anywhere anytime soon. If you ask us, we think the Fox-body is only going to gain in popularity as it slowly drifts into becoming a modern classic that bridges the gap between the young crowd that still likes them and those who wanted one when they were on showroom floors but could not afford one. It’s good to be a Fox-body fan! 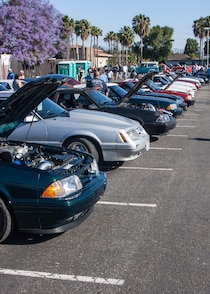