S197 Mustangs out in full force 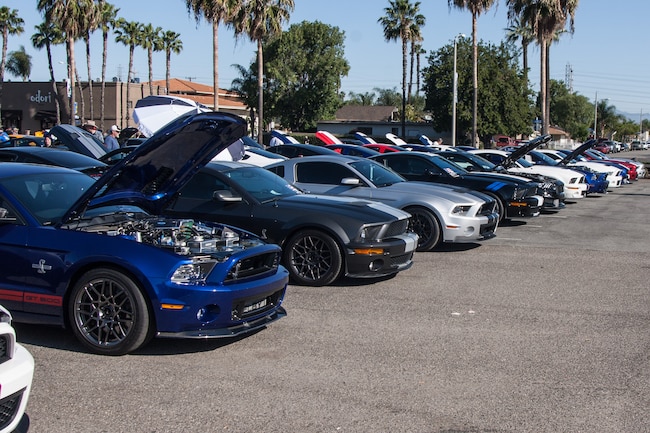 Southern California is the birthplace of the hot rod, and it is easy to see that West Coast Blue Oval fans love the throwback style of the S197. It was the only other era of Mustang to rival the classic Fox-body in attendance numbers at the 31st Annual Fabulous Fords Forever car show.

Maybe it’s the classic lines that harken back to the early Mustangs or the insanely capable chassis and drivetrains augmented by plush and equally quiet interiors that have earned them their popularity. Whatever it is, one peek around the Knott’s Berry Farm show was all it took to see that Californians love the S197 Mustang.

Whether it was the exclusive Shelby Mustangs, the Bullitts and BOSS 302s or the more common GTs and V-6 examples, SoCal provided plenty in every color, style and scope for gearheads of every background.

“I don’t think I’d ever own a bagged Mustang, but it’s always nice to see tastefully modified examples that have a proper stance, the right wheels and offset, and matching body mods that tie it all together,” Stephen Brooks said. “It’s amazing just how versatile the S197 is. You can drag race or road race it with suspension and engine mods, and with the aesthetical mods, it’ll also look killer too.”

Whether you like to cruise the boulevard, annihilate the drag strip, or hook corners, there were plenty of S197s on hand at the Knott’s show to give you ideas for your next mod or maybe even your next muscle car. Hey, with the S550 now stealing the show, S197s are more affordable than ever!