2016 Fabulous Fords Forever Event Coverage: Over 80 Photos of the Cars, the Celebrities and the Show

The Largest All Ford Show on Earth 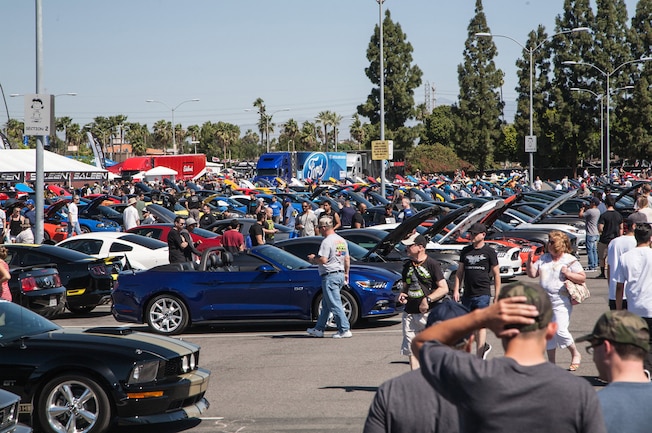 It’s only fitting that this year, the world’s largest all Ford show, the Fabulous Fords Forever Show fell on National Mustang Day; AKA the Mustang’s birthday. A half-century ago, the very first Mustang made its public debut at the New York World’s Fair on April 17, 1964–now 52 years later, 1,082 Mustangs made their way to the Knott’s Berry Farm for the legendary show that’s still free for spectators and attracts the largest gathering of Fords, Lincolns and Mercurys on earth.

Although nearly 1,100 Mustangs sounds insane, Fabulous Fords isn’t just about Mustangs, as mentioned, it’s the largest all Ford show on earth, and this year it brought 1836 Ford, Lincoln and Mercury vehicles spanning back from the Model T on up through the latest and greatest from FoMoCo.

Sunny Southern California saw temps in the 90s, so the weather wasn’t the only thing that was hot.

“I can’t ever miss the Knott’s show since it’s the biggest and best all Ford show in the country, but every year I leave with the bug to buy a Fox-body, and one these years I’m not going to be able to stop myself,” Stephen Brooks, a show-goer said.

When we say biggest and baddest Ford show, we mean it. The Fabulous Fords show, now in its 31st year attracts enthusiasts from all over the US and even as far as away as Michigan and Canada. This year the show saw a total of 1,082 Mustangs, 168 Broncos, 45 Raptor and Lightning trucks, 50 F-Series trucks, 49 Thunderbirds, 36 Crown Vics, 35 early Fords and 32 Falcons for a grand total of nearly 1,850 cars.

Ford Performance was on hand showing off its latest speed parts, crate motors (we drooled over the latest Aluminators and small-blocks), as was Shelby, Roush, Saleen and many others.

Few Mustangs are as wicked and wild as a Shelby Super Snake thanks to an ultra-trick widebody kit with massive meats and a huge Kenne Bell blower that can easily make over 1,000hp.

But that’s not even the half of it, the Knott’s show also brings out industry big names and legends, and this year was no different, as the lovely Linda Vaughn, John Calvery, Butch Leal, Larry Knapp, Ed Pink and other legendary drag racers as well as Justin Pawlak, the drift champion were roaming the showing, greeting enthusiasts and signing autographs.

This year in particular was special not only because it was celebrating 55 years of the Econoline van, 50 years of the Bronco, 45 years of the DeTomaso Pantera and 45 years of the Pinto, but it was also home to the West Coast Cammer Reunion with 15 rare SOHC cars from the 60s on display.

“I don’t think I’ve ever seen that many cammer motors in one place, I saw them in drag cars, in hotrods, in unassuming cars, and it’s all that much better knowing that the SOHC engines were parts-counter-only engines; you couldn’t buy one in a car, you had to specifically seek one out—how cool would it have been to have gotten one back then,” Jeremy Stanton, a show-goer said.

Every year we remind you, the enthusiasts that no matter how far you live from sunny SoCal, do yourself the favor and make the trek to the Fabulous Fords Forever Show at the Knott’s Berry Farm, there’s just nothing like it—trust us, it should be on every gearhead’s bucket list.

“I’ve never been to a show where over the course of five minutes I can see everything from a Model T to a new Mustang and everything in between, and people drive them in, so you get to hear and experience them, there’s just nothing like this show,” Brooks added.

Enrique De Alba’s Competition Orange 1993 Cobra is a former MM&FF feature car and since the story he’s upgraded his Terminator motor with forged internals, big cams and an even bigger blower. 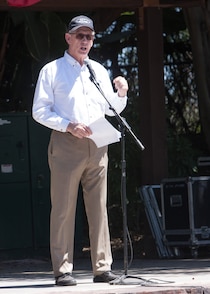 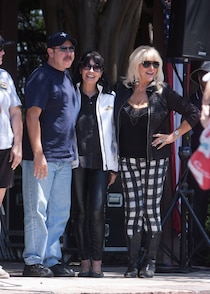 2016 Fabulous Fords Forever Event Coverage: Over 80 Photos of the Cars, the Celebrities and the Show