The New Mustang on the block didn’t disappoint 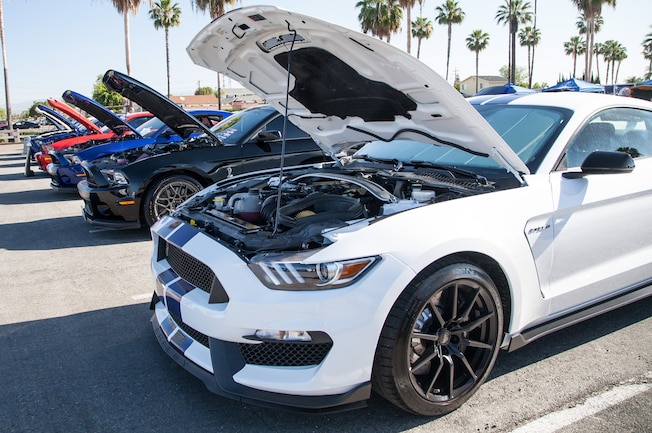 The S550 Mustang may have been released only a little more than year ago, but that hasn’t stopped Mustang fans from not only buying them but also modding them. Sure, they are vastly different from all previous Mustangs—in fact, they are a good bit different from even the past-generation S197 thanks to factory IRS, a whole new chassis, swooping bodylines, and more.

Prior to the world’s largest all Ford show, the Fabulous Fords Forever Show, we wondered just how Mustang enthusiasts would modify the new S550. Would they all be on bags, big-and-littles, or road race slicks?

After roaming the many rows of Mustangs at the 2016 Fabulous Fords Forever show, we are happy to report that nicely modified S550s abounded. While most favored cruising over lap times, a peek under the hood of many of the street cars revealed lots of bolt-ons, a few turbos, and lots of superchargers, which serves as proof that the new Mustang enthusiasts aren’t just about show; they’re also all about go.

Speaking of show, of the 1,100 Mustangs on hand at the Knott’s show, a large amount of them were the latest platform, and very few were stock. Although most were Coyote powered (who could blame them?), we did see several V-6 and EcoBoost cars as well—all hail the return of the factory-boosted Mustang!

Only time will tell how Stang fans will continue to modify the new S550, but if the 2016 Knott’s show is an indicator of how sunny SoCal and the West Coast is taking to the new Mustang on the block, we say the future is bright.

Here is a collection of some of the nicest S550s at the 31st Annual Fabulous Fords Forever Show.