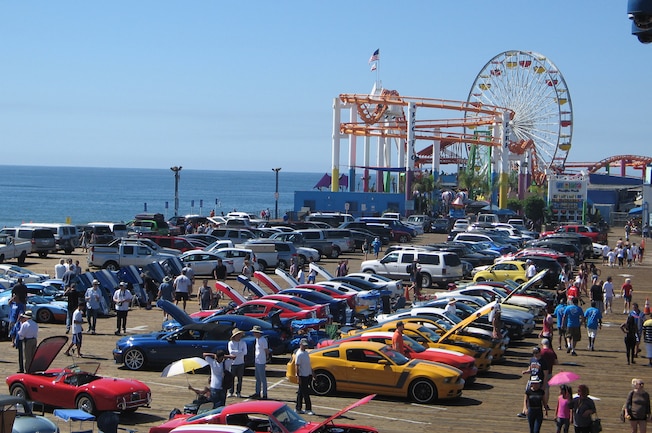 On September 19th, 2015, the Los Angeles Shelby American Automobile Club held its 11th Annual Tony Sousa Memorial car show on the spectacular Santa Monica Pier, which is one of the most picturesque places in all of California. Tony was a much-liked and active member of LASAAC for many years and was also a Los Angeles County Deputy District Attorney before his untimely passing in early 2005. Started in late 2005, the Tony Sousa Memorial has become LASAAC’s leading annual occasion due in part to its locale and also because it’s a perfectly-sized event that’s not too big or too small. But the main draw is, of course, the cars and this being the 50th anniversary of the GT350 added further significance to the 2015 gathering.

Check out the photo gallery of more than 100 shots for the full gambit of vintage Shelby cars including one of only three Shelby Driving School ’65 G.T.350s restored by club member Bruce Kawaguchi. Bruce has owned the number 29 car for more than 40 years, and it was awarded Best of Show for the day. In addition there were three other ’65 G.T.350s in attendance owned by Steve Beck, Michael Mackel, and Sean McDonagh. We’ve known Steve for nearly 20 years now and he has owned his G.T.350 since 1974. More than a dozen ’66s rounded out the line-up for the first iteration of the G.T.350.

Another aspect we really like about LASAAC is its willingness to include other Ford cars at its show and in its club mix—you don’t have to own a Shelby to be a club member. As the show flyer says, the Tony Sousa Memorial is, “for Shelbys, Cobras, Mustangs, and other Ford-powered and Shelby-inspired cars.” And that’s for sure as more than 20 classes are in the mix for the show, including about 10 classes for vintage and late-model Shelby Mustangs and Cobras as well as several for Mustangs and a Special Interest class that allows for all kinds of other Ford cars such as Thunderbird, Falcon, Fairlane, and Mercury equivalents.

In addition to the cars, several notable personalities made an appearance including former Tonight Show host Jay Leno, who was having a tough day behind the wheel of a new 2016 G.T.350. Jay got up in front of the crowd and said a few words, as did special guest Jim Marietta who was an employee at Shelby American in 1965. Towards the end of the show, we also saw 2005-06 Ford GT designer Camilo Pardo autograph LASAAC club member Maury Gentile’s ’05 Ford GT.

Clearly the day was packed with great cars, great people and a beyond-great location. It’s a show definitely worth attending for any Shelby/Mustang/Ford enthusiast. For club information and future show dates, check out LAShelbyClub.com. 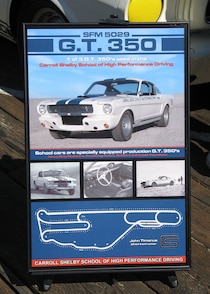 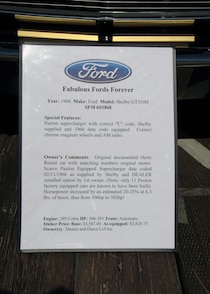 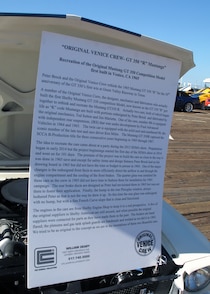 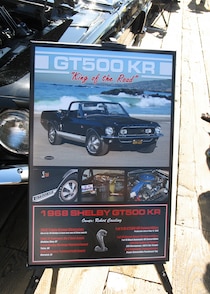 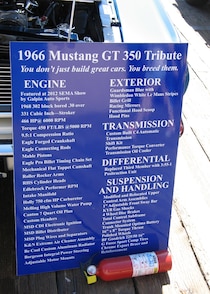 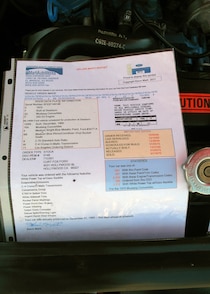 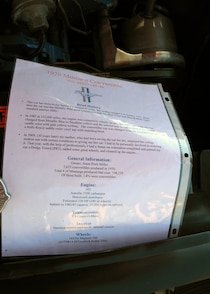 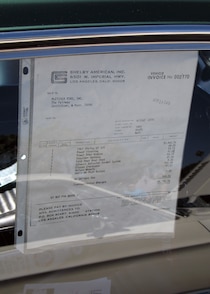 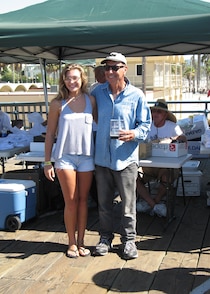 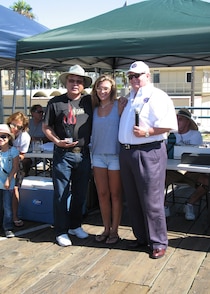