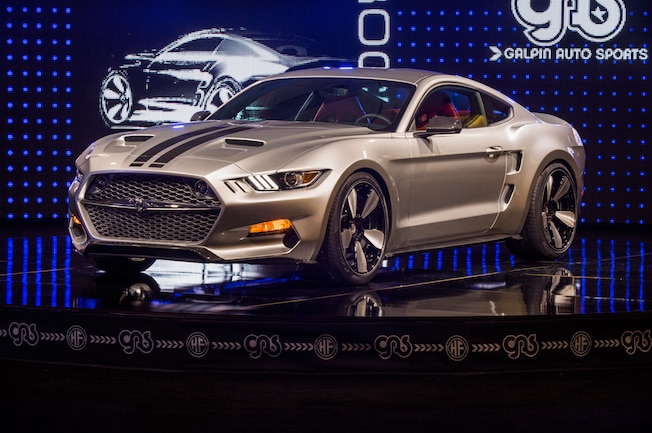 Based on the 2015 Ford Mustang, Boeckmann and Fisker have re-interpreted the pony car, mostly in ways that affect air flow and dissipate heat. The front splitter is claimed to aid in engine cooling, while the dual air intakes on the hood draw cool air in for the engine to gulp down. Every body panel on the Mustang is carbon fiber, minus the doors and roof, and the rear bodywork is slightly wider than stock.

We’re told that the restyled rear diffuser, rear spoiler, and side skirts are functional in producing downforce, while the suspension is adjustable for a variety of conditions. Scoops just in front of the rear wheels move cool air to the 15-inch Brembo Grand Turismo brakes. Huge 21-inch wheels wrapped in Pirelli P-Zeros round out the go-fast componentry.

More than just a show car, the Rocket will be put into limited production, says Boeckmann. Pricing is unannounced but likely to be somewhat variable based on the custom nature of the car. The car is available for delivery starting in the first quarter of 2015.