GTR High Performance (www.gtrhipo.com) is one of Southern California’s most-popular, late-model-Mustang performance shops, and a long-time ally of 5.0 Mustang & Super Fords. Every November, owners Ricardo and Gonzalo Topete (and their staff of technicians and assistants) open their doors to customers, family and friends for an afternoon of appreciation that we really look forward to attending.

Darrell (we don’t know his last name) is one of GTR’s original customers. His beautiful New Edge Saleen is powered by a supercharged Two Valve that was completed just in time for the show.

It’s always cool to be around cool people who really love late-model Mustangs, and this year a record number of ‘Stangbangers and bad-ass rides represented. Enjoy the photos, and, if you’re in or near Rancho Cucamonga, stop in and see the crew at GTR. They’re great folks, and they really showed us an awesome time at their Customer Appreciation Day.

We told you the ’94-’04 segment of the GTR car show was won by a really cool SN-95 (the first time an SN-95 has won the category). Ara is the second owner of this “one-of-one” ’96 Saleen Speedster. Yes, this is a unique ride, as it’s the only Tangerine Orange ’96 Speedster with an automatic transmission. With only 56,000 miles on the odometer, the Pony was near flawless. 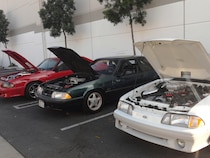 Tim Schmackpfeffer’s nitrous-inhaling, ’92 LX hatchback was the star of the dyno shootout, logging 845hp and 698 lb/ft of torque at the rear wheels. 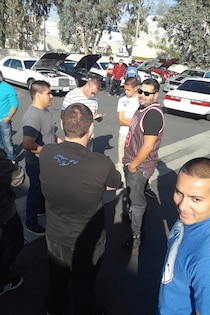 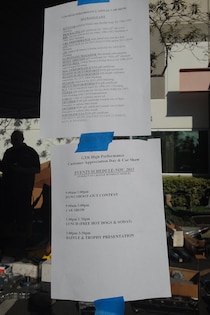 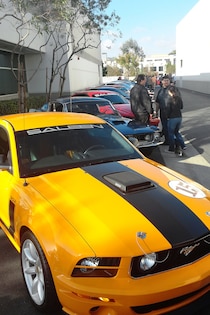 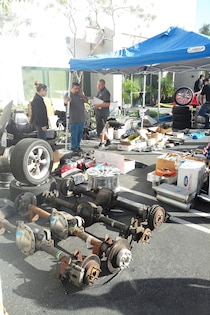 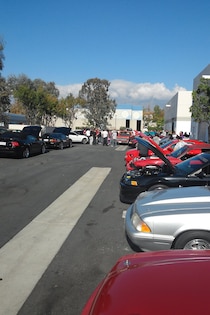 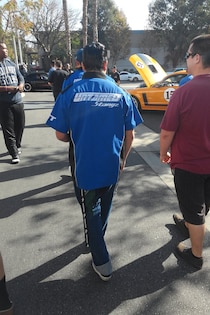 What do you do when you recently become the second owner of a low-miles 2003 Cobra? Put it on the dyno, of course…And record the runs with your phone (the owner of this Snake also won a year’s subscription to 5.0 in a raffle that was held).