Ford Flaunts Innovation and Attitude - Both Old and New

The huge Ford Motor Company display at SEMA was a beehive of activity during the entire show. New vehicles were featured prominently, including the beautiful 2005 concept Mustang GT. But, a great deal of show-goers also gravitated to the numerous specialty models, upgraded and stylized by some of the nation's best known hot rod builders, with the expressed intent to "show 'em 'n shine 'em" at SEMA.

With the truck and SUV market still booming, Ford's restyled 2004 F150 received lots of attention. Its new look features an equal amount of image and attitude, and it looked great dressed with every type of accessory - regardless of the each respective display truck's build theme. Yet another platform that continues with an upward line on sales charts, Focus saw plenty of interest, as well.

Having celebrated its 100th year in racing, Ford also put its spotlight on several significant "star cars" that helped cement indelible footprints in the history of motorized competition around the world. All in all, the entire display was impressive, to say the least. 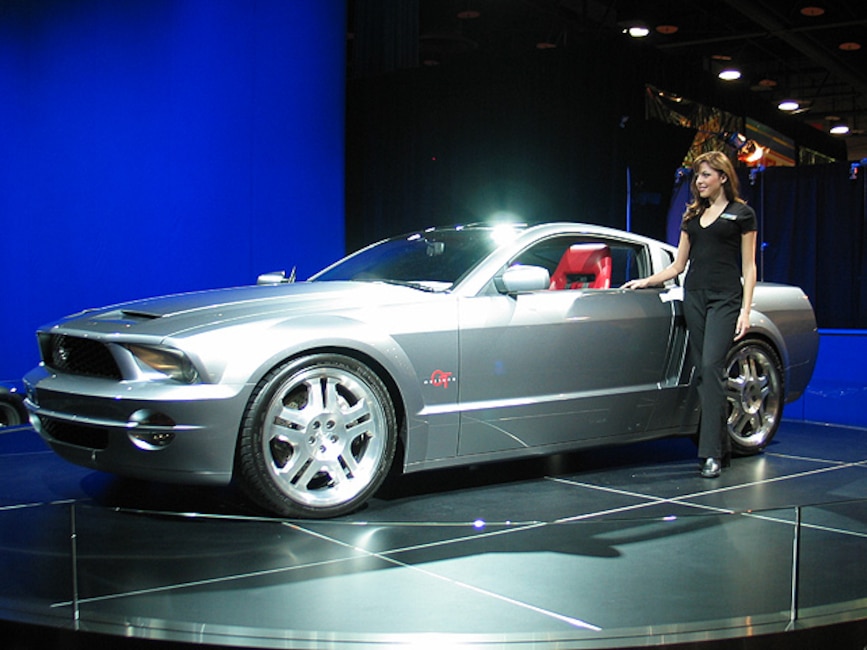 Combining a hint of old school style, with a large helping of new-age elements, the concept 2005 Mustang GT was perhaps Ford's most impressive showpiece. Once it hits the showroom floors, this one is sure to cause a spike in sales similar to the fervor created by Mustang way back in 1965. 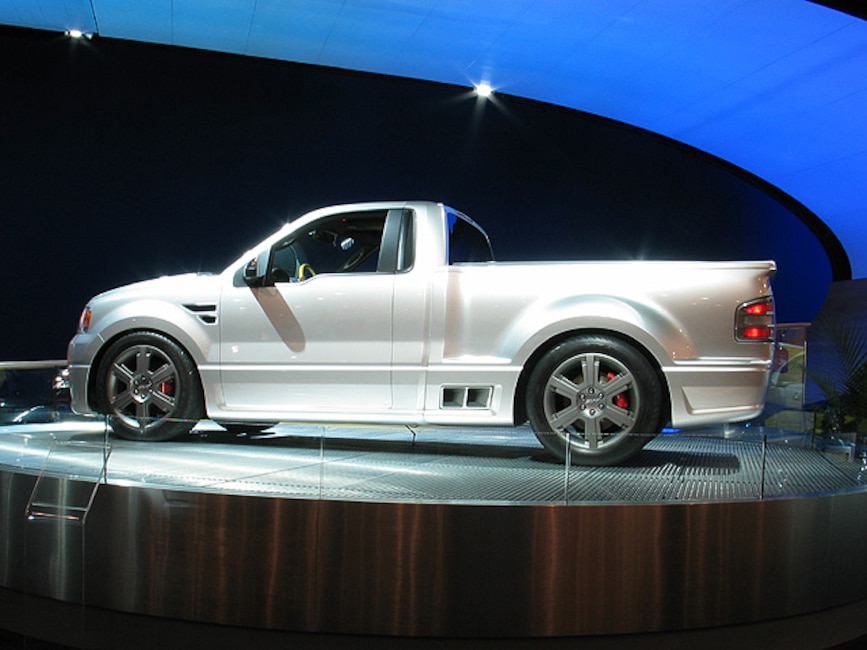 In concept form (as shown here), or in "available-to-purchase trim," the new pickup styling received rave reviews, since the latest industry trends border on "edgy" and "attitudinal." Several variations were on display, some from premier hot rod builders, who incorporated far out ideas. 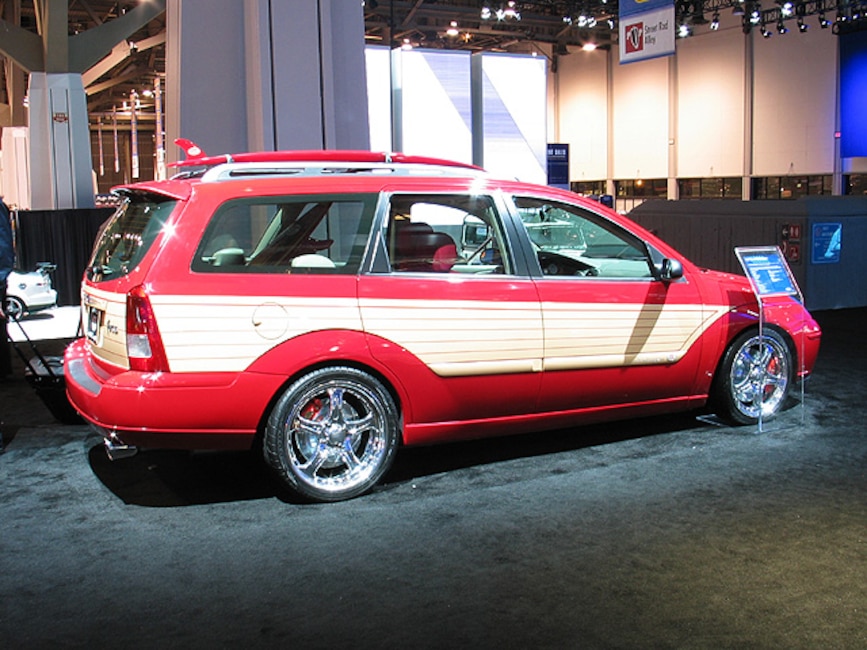 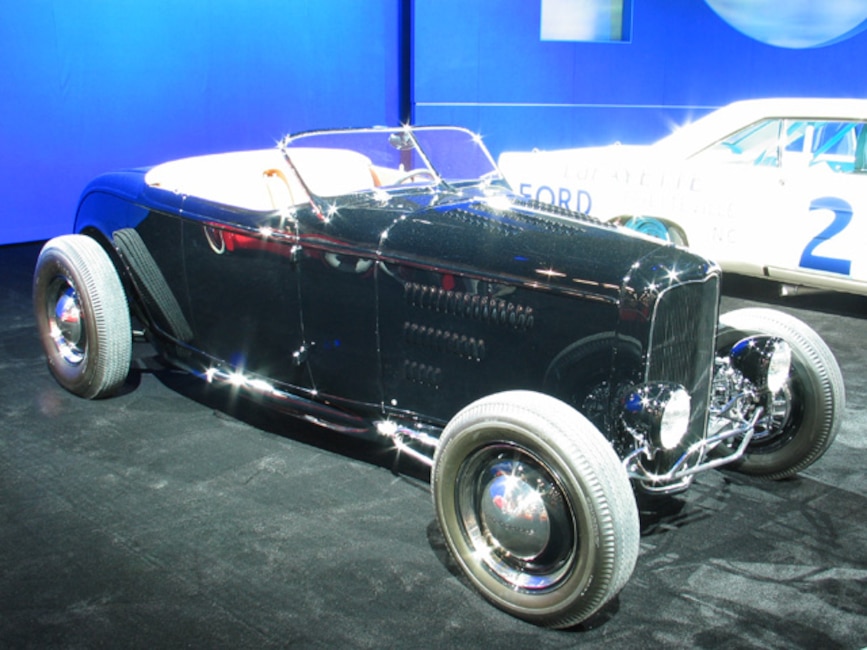 One of hot rodding's most significant cars from the formative years of the hobby was certainly the ex-Doane Spencer 1932 Ford highboy roadster, now owned by noted collector, Bruce Meyer. Following its meticulous restoration by Pete Chapouris's So-Cal Speed Shop, it won the coveted Dean Batchelor Award at the Pebble Beach Concours d'Elegance in 1997. 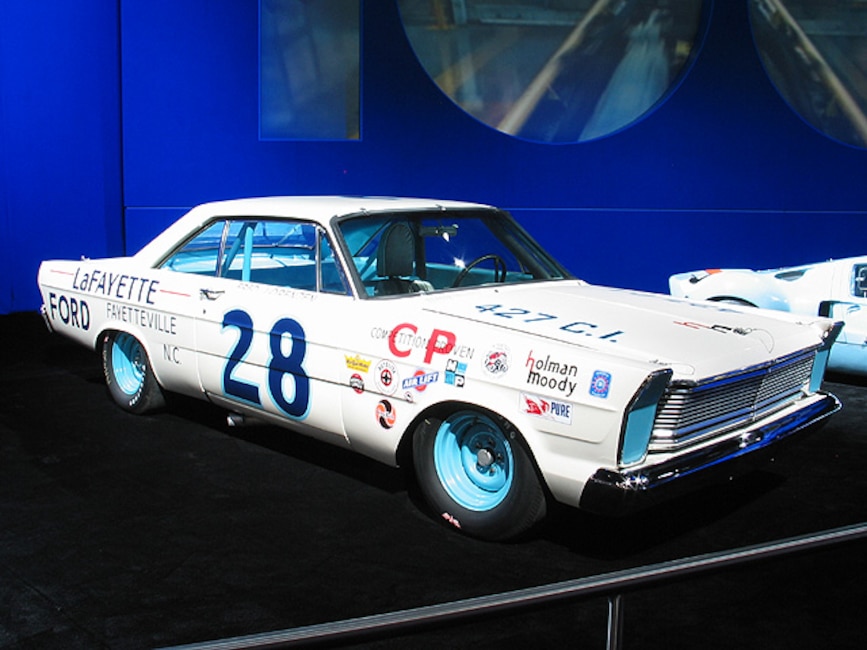 Fred Lorenzen's #28 stock car epitomized what NASCAR was all about back in the '60s. Although racers of the day retained stock sheet metal, many of these historically significant cars were fabricated in the legendary shop of Holman Moody. 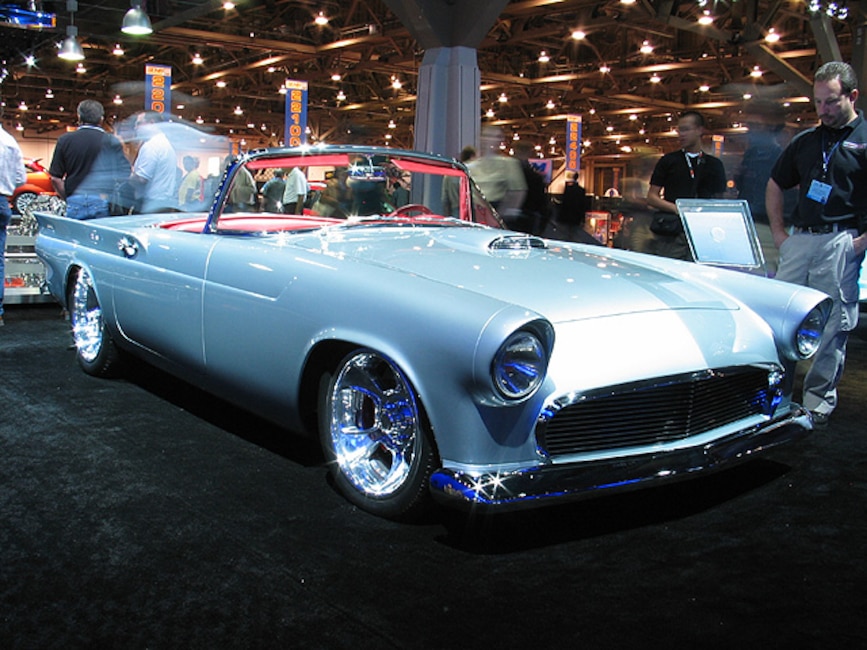