Fun Ford Event - Baby, How True Can You Get? 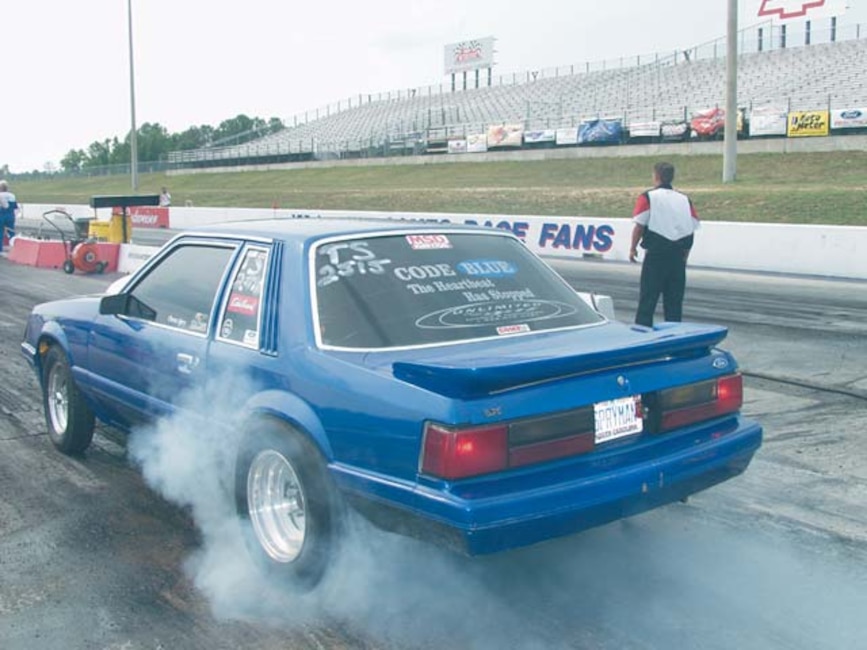 Perseverance pays off as Owen Spry showed by winning True Street at Richmond. Spry has finished in the Top Three at each event attended this season. 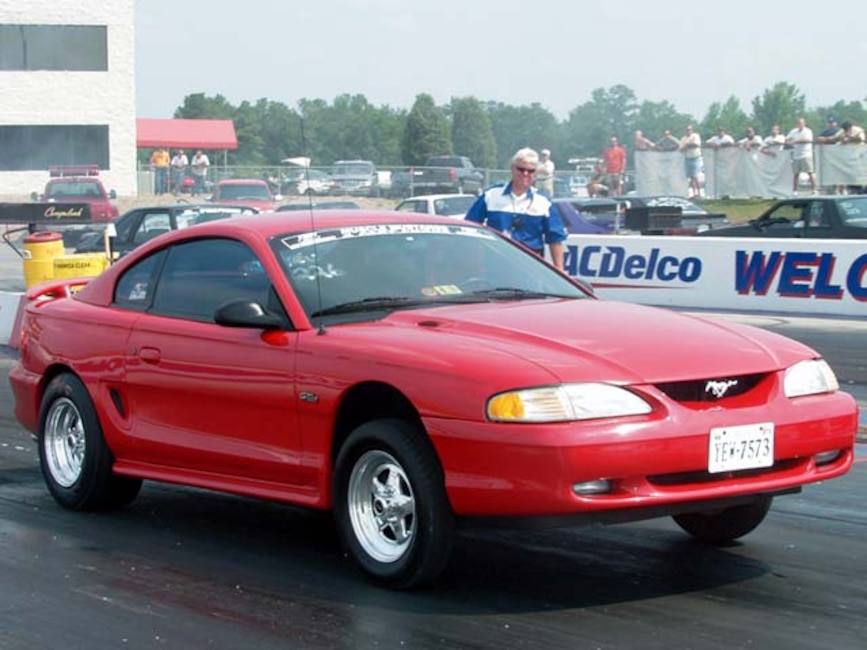 Mike Rousch was probably the quickest car on the grounds with this blown 408-coupe, but failed to finish after breaking during qualifying. 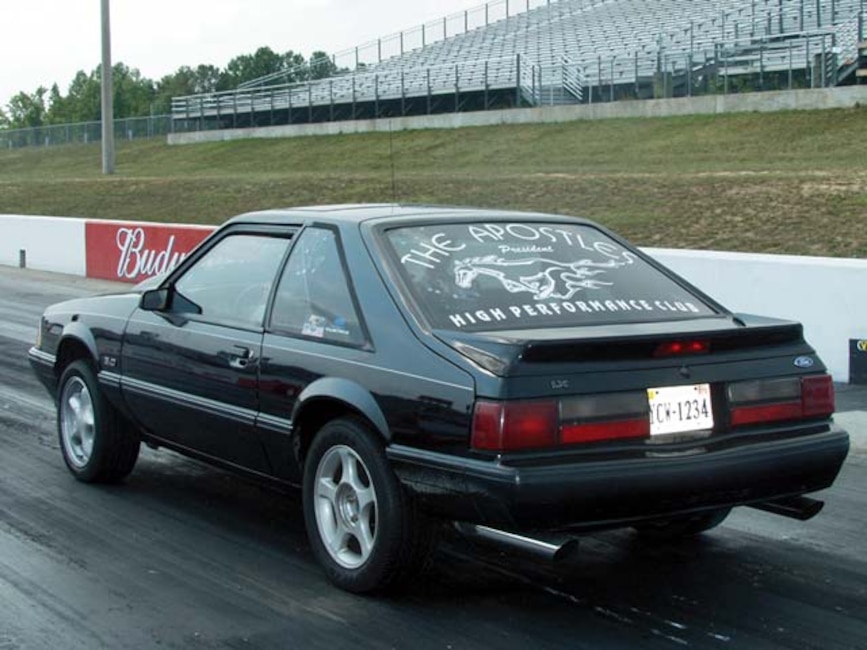 Car clubs have found True Street to be a great way to win some bragging rights. Chris Lyerly of Virginia Beach, Va., got his by finishing 31st with a 14.67 second average. 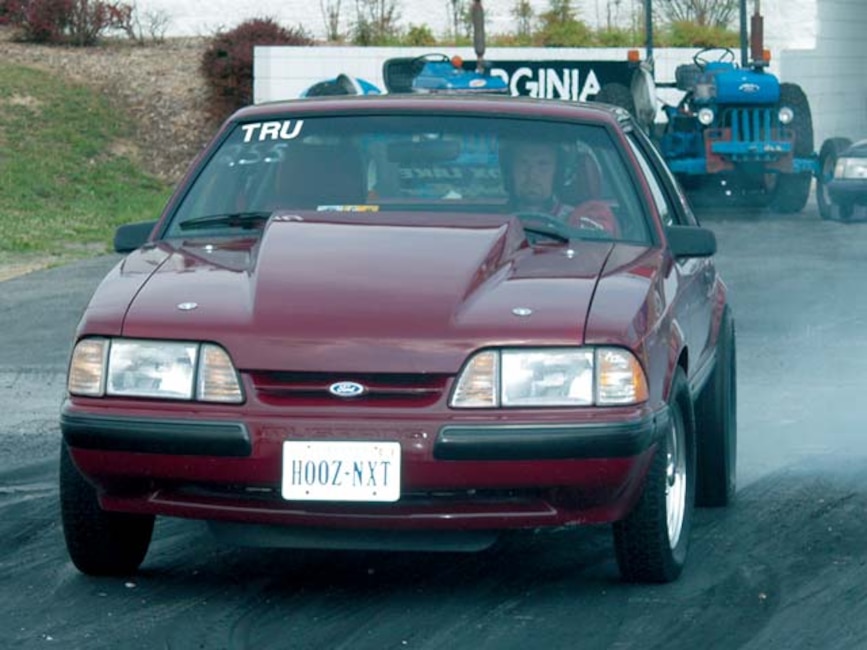 With a personalized license plate asking Hooz Nxt, we think that Chuck Spradlin's 11-second Mustang knows its way around the streets. 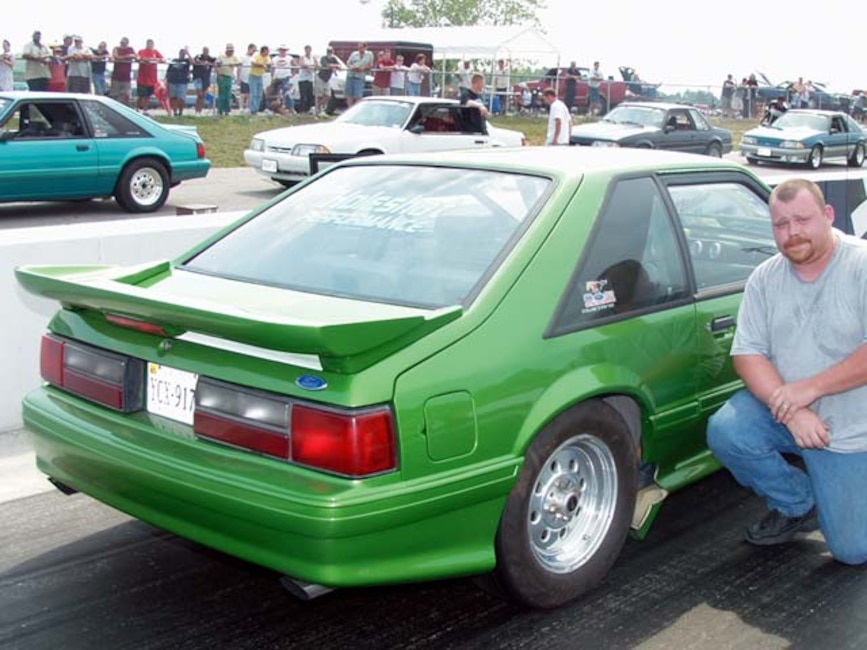 Chesapeake, Va.'s, Chris Gibson got his picture the hard way after breaking a lower control arm during True Streetqualifying.

If there is a bad thing about building a car to run in a particular class in drag racing, it's that you always have to spend more money to keep up as the field gets quicker and faster every year. That's true everywhere in heads-up racing, except for Muscle Mustangs & Fast Fords' True Street class. No better example could be found in the race held in conjunction with the recent Fun Ford event at Virginia Motorsports Park.

True Street has been around for nine years and while there have been cars in the 8-second zone, the majority of them still run in the ranges you would expect to see from an honest-to-goodness street machine.

Of the nearly 40 cars that completed the 30-mile cruise and three rounds of qualifying at Richmond, only 10 percent of them ran an average ET of under 11 seconds. Half the field averaged times ranging from 11 up to 14 seconds, while 20 percent had cars that were 14 seconds or slower.

All of the cars were required to have a valid registration, license plate and inspection sticker, have operating street equipment, pass a rigid tech inspection and run on DOT-approved tires.

The three round-robin runs in qualifying is a challenge since racers are not allowed to make any adjustments other than tire pressure while qualifying is going on. Many of the True Street competitors have learned how to tune and set up their cars so they can run a consistent number, which is much more typical of going stoplight-to-stoplight than one single banzai charge.

This was true even among the quickest cars at Richmond. Shelly Smith, who finished second overall in his '84 306-powered Mustang, ran three consecutive runs that were just .020 of a second apart with a 10-second street machine. Tim Totty's '98 Mustang was just a tick behind with a mere .030 second spread between his three runs.

While that may not sound like a lot of excitement for racetrack crowds to watch, the reverse is actually true. It's amazing to see the spectators who will hang and watch the True Street cars go through their qualifying after seeing the Pro 5.0 and Street Outlaw cars run.

Many people will try to guess which are the quicker cars by the way they look and sound and there are more than a few dollar bets going on in the stands. The spectacle of seeing 40 or more Mustangs cruising the streets under police escort is often something that many people don't forget. Camcorders and pocket cameras are everywhere to be seen as cars vie for attention of the magazine photographers on hand. The reward is a coveted spot in MM&FF's Top 25 Finishers list, which is published as part of the coverage of every Fun Ford event. Coupling this with a chance to appear as part of the photo coverage gives street car owners a chance to appear on the very same pages as some of the sport's biggest and brightest stars.

As a result, True Street has even developed a following of racers who travel considerable distances to make more than one event. The class has opened up to allow Ford Focus entries this year as well.

There's even a race on Sunday for those True Street cars who may not have finished well enough to make the Top Twenty Five. This year was no different as Dan Hoyler of Falls Church, Va., and Cliff Langley of Staley, N.C., both made it to the final round during Sunday's elimination part of the program. Hoyler won with a 12.18 on an 11.98 dial in at 107.59 mph despite Langley's dead-on 12.30 at 107.52 mph.

It's the only place in drag racing where a car that was raced in this class five years ago can still win its category and get the same ink and photo coverage.It's a place where little guys can shine. That's truly taking it from the streets and that's as true as it gets. 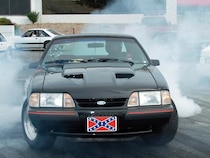 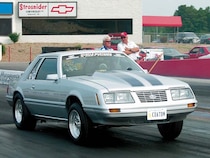 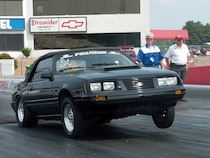 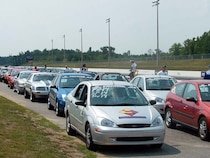 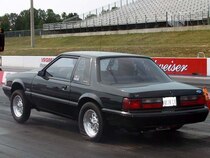 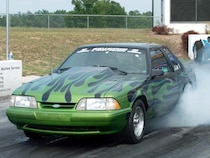 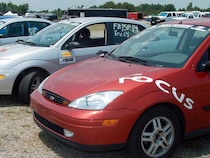 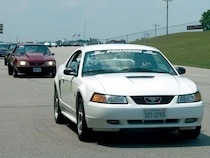 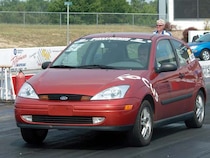