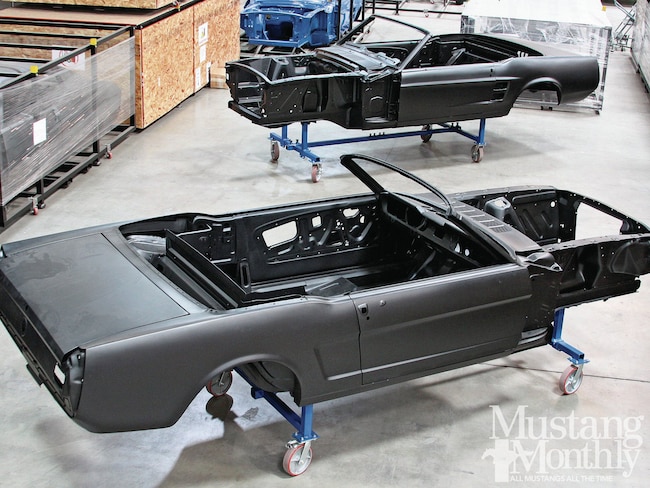 Thanks to the automotive aftermarket, there are now enough reproduction parts available to build a classic Mustang from scratch. As you saw in last month’s Pony Tales department, Ford has officially added another Dynacorn International vintage body shell to its list of approved and licensed reproduction bodies—the ’65-’66 Mustang convertible. 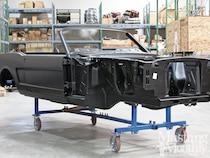 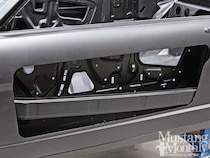 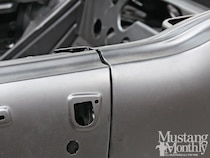 A manufacturer of reproduction parts for classic Mustangs and other popular vintage cars and trucks, Dynacorn stamps more sheet metal components than anyone in the industry. So much, in fact, that its Dynacorn Classic Bodies division produces complete reproduction vintage bodies for Mustang (’67-’68 fastbacks and ’69-’70 SportsRoofs) and other vehicles, including Camaro, Firebird, Chevelle, GTO, Challenger, and both Chevy and Ford classic trucks. 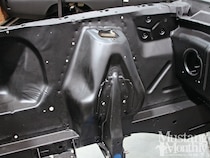 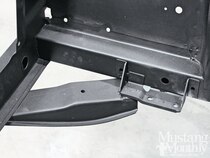 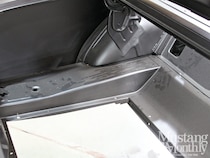 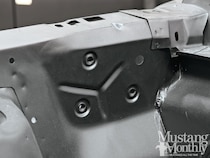 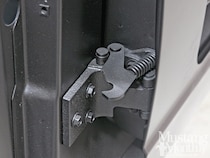 However, if you want to build a new Mustang convertible from scratch, or repair a rusted or wrecked original car, this could be the journey for you because it eliminates tedious, labor-intensive rust repair and panel replacement.

Dynacorn bodies have their own vehicle identification numbers, not a Ford VIN, so registration can be tricky in some states, depending on motor vehicle laws. There can be a lengthy waiting period before you can get a Dynacorn body registered depending upon where you live. Check your local motor vehicle laws. In some states, it’s similar to building a kit car or street rod. Once you know what’s involved, the rest is straightforward. 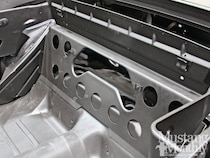 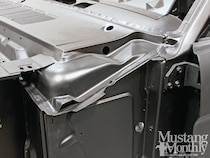 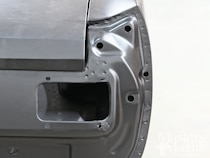 Building complete bodies ready for final prep, paint, and assembly takes due diligence and great attention to detail. Larry Brogdin, Dynacorn sales manager and something of a product development engineer, tells us that producing these reproduction bodies has always been about refinement. They keep getting better.

Larry also tells us that materials have gotten better with time and technology. In the 1960s, steel for classic Mustangs suffered from impurities not found in modern 1006 steel. Dissimilar metals welded together at the factory in the 1960s caused many of the rust issues that we’re all too familiar with today. Crash impact resistance wasn’t what it is today either. Another talking point is Dynacorn’s heavier gauge (thicker) steel for the new bodies. To sweeten the deal, the bodies are also E-coated (electrostatic primer dipped) for corrosion prevention. With the new Dynacorn bodies and components, you’re getting thicker, stronger steel with vastly improved corrosion resistance.

Ready for body prep and paint, Dynacorn’s ’65-’66 bodies (part number MS65CV) are priced around $15,000 suggested retail. They are available from many Mustang parts vendors.

The November 2011 introduction of the ’65-’66 convertible body shell has actually overshadowed the earlier release of Dynacorn’s ’67 Mustang convertible body shell (part number MS67CV). Because Dynacorn understands second generation Mustang structural shortcomings, they designed in big-block shock tower reinforcements from the start, which makes these bodies ready for just about anything you can throw at them. 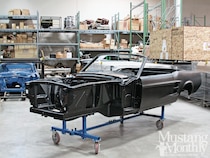 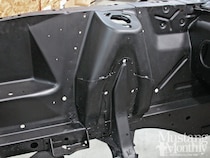