Here at Muscle Mustangs & Fast Fords, we're often concerned more with horsepower than with practicality (hence the name of this magazine). After all, a 650hp Lightning isn't the most tractable vehicle on the road--though we do tolerate it, and it gets the job done. It's just that when we're offered a car that's quiet, filled with just about every amenity available, and good on gas, we jump at the chance to drive it.

Such was the case with the new '08 Lincoln MKZ, which your author had the chance to drive for the last week or so. The MKZ (formerly known as the Zephyr) was quiet, economical, and comfortable. What a change of pace from a loud exhaust and seats made more for the road course than an hour-long drive home from MM&FF Command Central.

This MKZ was of the all-wheel-drive variety. The 3.5L Four-Valve Duratec V-6 engine purred at idle, and barely whispered when I got on the throttle. Backed by the six-speed automatic transmission, the little engine that could knocked down 21.5 mpg on one tank. While the sticker said to expect between 17 city and 24 highway, I was happy with the 21.5, seeing as how that was on both the highway as well as the rural streets around northern and central New Jersey. The car handled well for a five-passenger sedan, with plenty of giddy-up and go when merging onto the highways. While the weather here in New Jersey was in full summertime swing, the all-wheel drive is certainly something that I would look forward to having when the weather turns cold, the roads get icy, and snow is falling. I mean, who needs a gas-guzzling, V-8 equipped SUV with AWD when I can have this little V-6 AWD sedan, and get to and from work in the muck in style and elegance?

The comfortable seats were heated and air-conditioned, and it was nice to be able to open the optional moon roof on cool nights. The dual-zone climate control kept both the wife and myself happy. The engineers spent a good amount of time thinking about the placement and accessibility of the controls. Not only were the control easy to use, but they were easy to read and a welcome to look at. The gauge cluster in the instrument panel was well lit, and had a sporty, yet refined, look to them. The same can be said for the entire center stack, which housed the neatly arranged HVAC and audio system controls. The expected round HVAC vents fit in well with the rest of the interior, and I have to admit, seeing the elegant hand clock between the two center HVAC vents was nice. In an age where everything is digital, seeing the clock is a throwback to Lincoln's of years past, all while adding a sense of "this isn't just a normal car". The MKZ was also equipped with Ford's new Sync voice-activated system, and it was a welcome addition. While I didn't have a chance to try out my iPod (it took a dive a while ago), the rest of the system was easy to navigate. Maybe next time I'll activate my Bluetooth and utilize the phone option of the Sync.

The lines of the car are nonintrusive, almost regal and mature. The car is not overstated, and the front grill definitely gives the car's nose a look of a car that is priced much higher, as well as keeping true to the classic Lincoln vertical grill design. The color of the car (Dark Blue Ink) was one of the most appealing I've ever seen. At first, it appeared to be black, but as I walked away and turned back to glance at the car, I noticed the blue metallic color shining bright on the hood. It reminded me of my dad's old '37 Chevrolet Master Deluxe, where most of the time it looked black, but in direct sunlight you could see the Jade Green color it really was. The MKZ was the same way, and the metallic flake in the car really made people stop and look. Throw in the optional HID headlamps and chrome 17-inch rims, and the car was appealing. For the price of the car, you definitely get more than what you pay for, both in functionality and sex appeal. The car is suited for many different aspects of life, ranging from a weekend drive, to a commute to an office in New York City or having the wife pack up the kids and take a trip to the mall.

On a scale of 1 to 10, I give this car a solid 8. It exudes elegance, and is just as fitting parked outside an expensive restaurant as it is serving commuter duty.

Now if I could only figure out a way to afford THIS one. 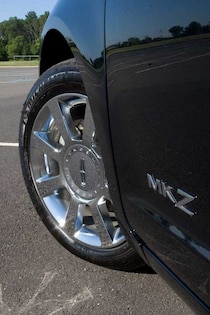 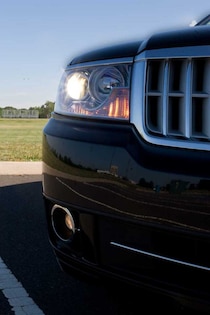 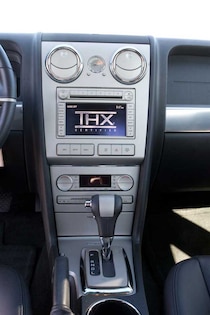 The 2015 Mustang GT car is winner in many of the key areas that Camaro is weak: interior, weight, and visibility.

Check out this cool story on the Track Test of a Shelby American G.T. 350. Catch a brief history on Shelbys and how Sports Car Graphic Writer, Jerry Titus comes into play.

Check out this 2013 Ford Mustang Boss 302, with a Vortech V3 supercharger and other goodies. Be sure to take a look at the dyno testing between naturally aspirated and supercharged.

After 50 years, the Mustang goes global. The new 2015 Ford Mustang also reflects its roots and will provide power, economy, and best of all, performance. Check out the big reveal here, complete with photos and specs!