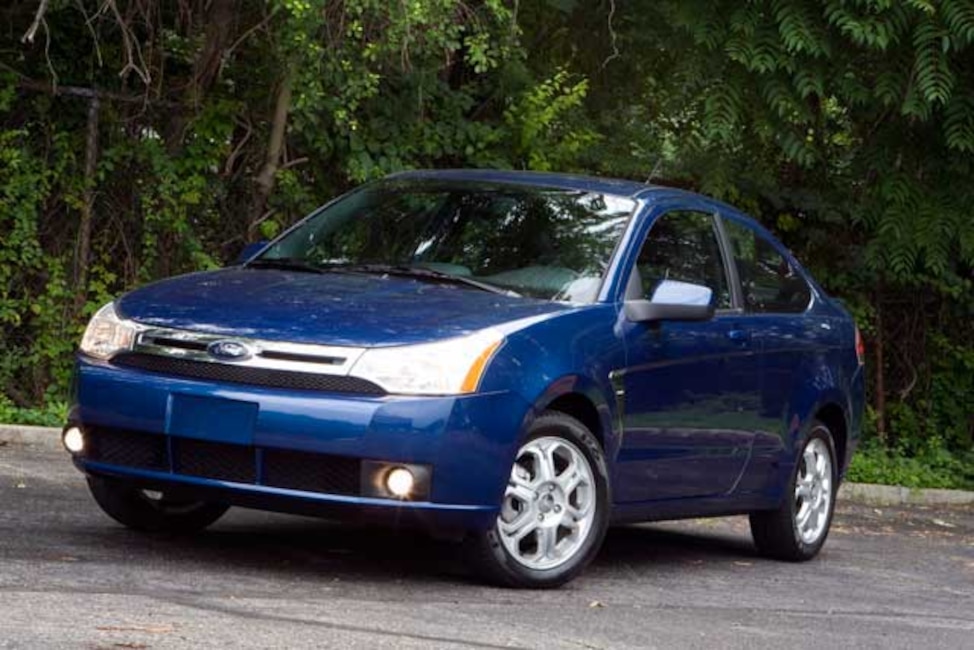 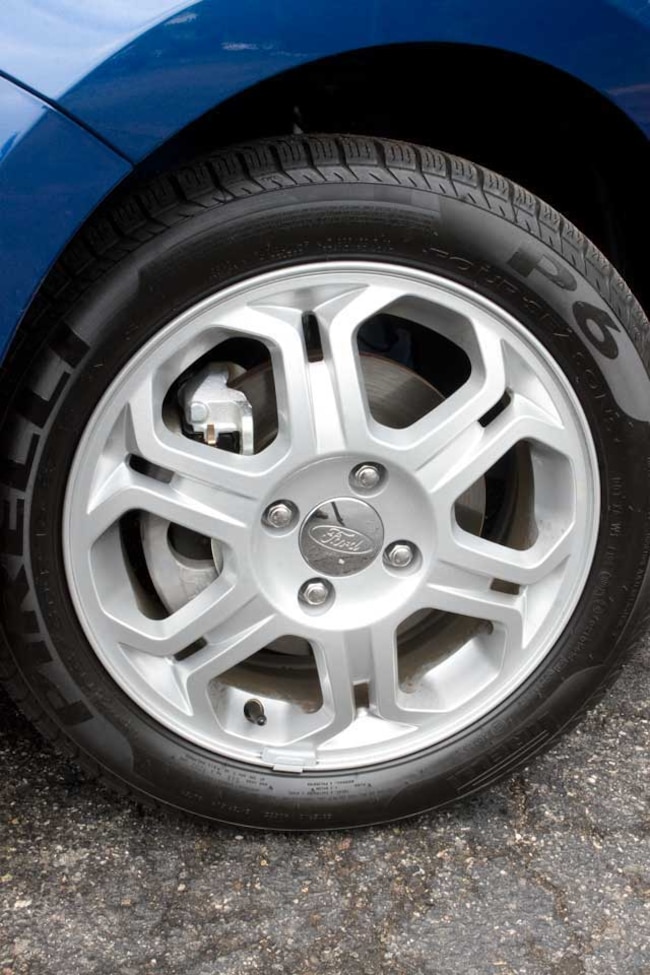 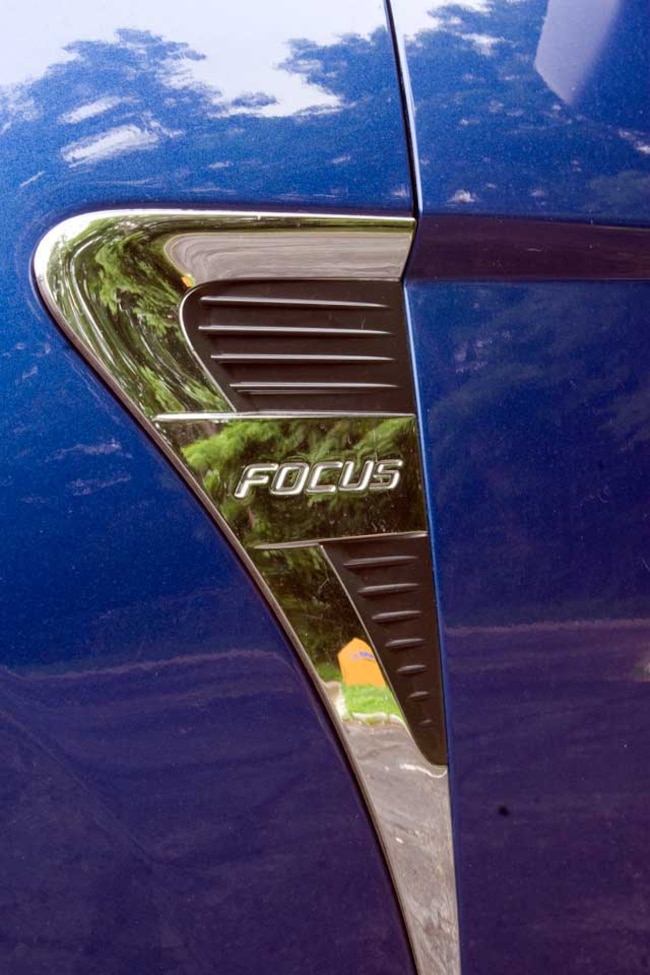 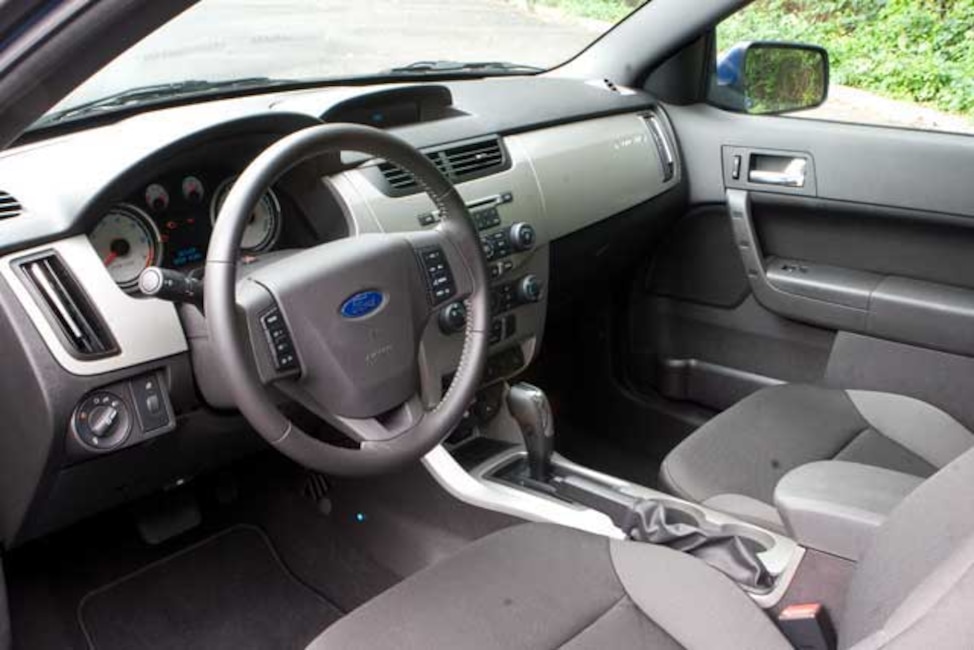 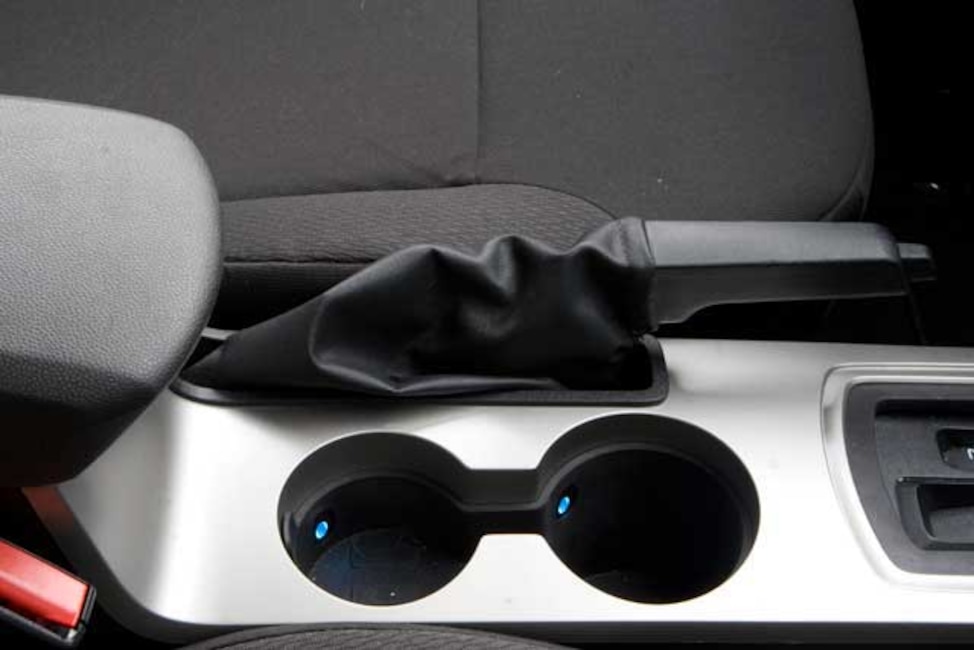 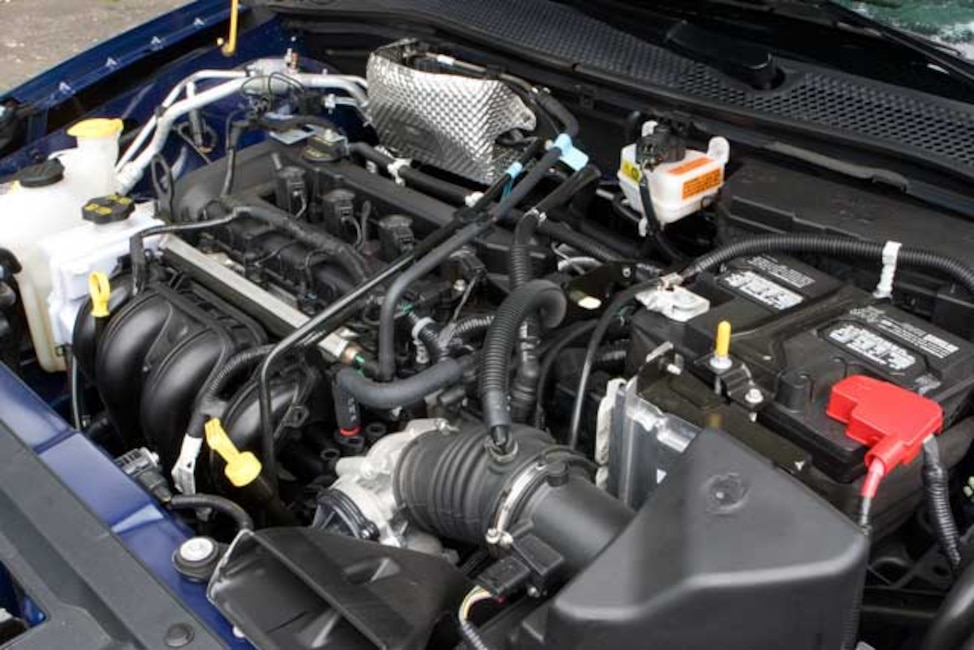 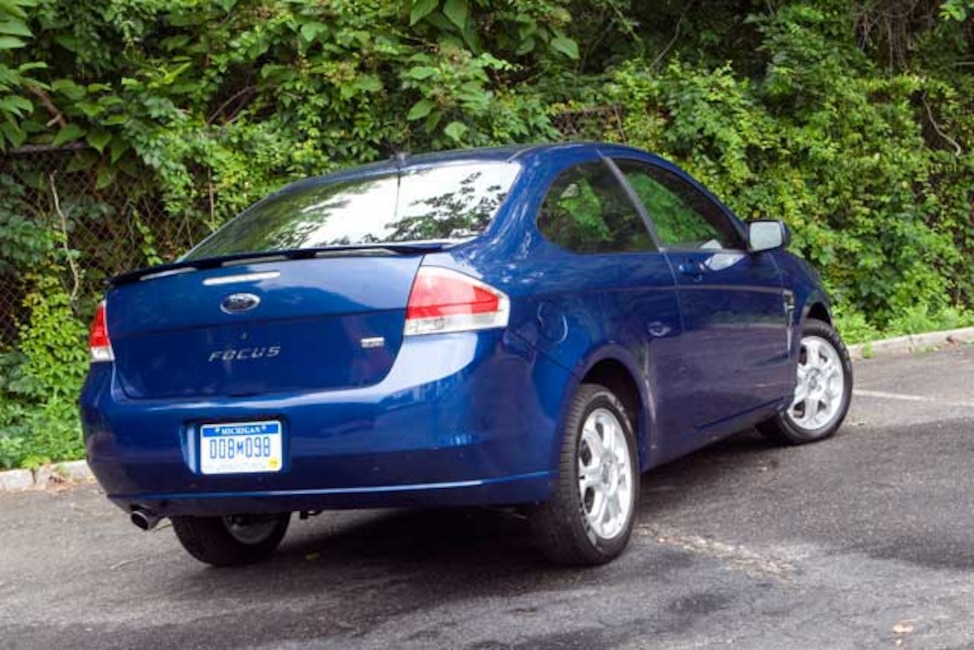 OK, I have to admit, when I slipped behind the wheel of the Vista Blue '09 Ford Focus coupe press car last week, I wasn't exactly expecting it to knock my socks off. I mean, two of the last three rides I had the opportunity to test drive were supercharged, with one being a GT500 and the other a supercharged Harley-Davidson F150 hauler. Throw in the luxury-laden Lincoln MKZ, and you can see why I was a bit unenthusiastic about firing up the 2.0L, DOHC, four-cylinder powerplant.

Boy, was I wrong. After having the car for a week, I wish I had one for my daily commuter. Not only was the car fun to drive, but its price tag was cheap, and it saved me enough on gas that I could afford to take the wife to a movie.

What the Focus is missing in terms of go-power, it certainly makes up for in price, feasibility, and economy. The little four-pot had enough power to merge onto the highway without having to worry about getting squashed on the grille of a semi, and the automatic transaxle (a worthy $815 option) made my 10-hour drive down to Virginia Motorsports Park a breeze. The car handled extremely well, as its light weight lent to slinging it on and off the highway ramps with ease, and the brakes (with optional antilock) were more than adequate to bring the little car to a halt.

The Focus' strong suit is its economy. On the trip to Virginia, the little 2.0L powerplant sipped the petrol to the tune of one 34.5 mpg fuel run. On the 350-odd-mile trip, I only filled it up three times--once before I left for the trip, one time at the track due to local driving, and one more time before I came back. While the window sticker advertises 24 mpg city and 33 mpg highway, I guess my light left foot was able to stretch the fuel mileage a bit more. Either way, for the price, this car definitely makes its monetary gain in the fuel department.

As for the functionality, the car was comfortable. The back seat was a bit crowded, as the car I had was a coupe, not a four-door, but that's the nature of the beast with the Focus' size. Other than that, the trunk was big enough for all of my camera gear and luggage, with room to spare. The seats were comfortable throughout my 10-hour, traffic-snarled trip to Virginia, and all of the controls were easy to reach and operate. The Sync system was a welcome addition, as I hijacked my brother's iPod and enjoyed a bit of AC/DC pumped through the speakers. If I got tired of the iPod tunes, I could always switch over to the Sirius satellite radio or CD player.

The HVAC vents were interesting. I expected to see the round vents found in most other Ford vehicles, but with the Focus, I was greeted with conventional square slide vents instead. They were a bit difficult to get positioned to where I wanted them, but if that's the only thing wrong with the car, then I can live with it. The other cool part of the car was the optional (for $295) ambient interior lighting. This gives the car lights in the front footwells and front cup holders, as well as the back cup holders and footwells. You also have a choice of lighting color--lavender, red, yellow, orange, aqua, blue, or purple--with the press of a button. I set it on the aqua, as it was the brightest of the colors. While this option is something I wouldn't get if I was to buy a Focus, it would be perfect for a high-school or college-age driver looking for an affordable and cool first car.

The thing is, I have a thing called curiosity, so I decided to hit up Ford's Web site and see what a bare-bones, V-6-equipped '09 Mustang would cost and how it would compare to the Focus. Said Stang (also in Vista Blue with Charcoal interior), with no options other than the automatic transmission (which added $995 to the price), checked in at $21,525 before destination and delivery. While the Focus is an awesome car, for a scant $2,740 more, you can grab a bare-bones Mustang.

One thing to think about, though, is the Focus has the four-cylinder, while the Mustang's 4.0L V-6 is twice the size with two more cylinders, so fuel cost is expected to be up and economy down (a Mustang V-6 is rated at 16 city/24 highway with the automatic).

What's the best call? It's up to you, but if you're looking for an affordable car with lots of functionality and great economy, then the Focus is a viable choice. Ford is right in that mpgs do meet MP3s.