Newsletter
Sign Up today for our FREE Newsletter and get the latest articles and news delivered right to your inbox.
Home
Modified Mustangs & Fords
Car Reviews

A comparison of the ’65 Shelby GT350 cars, from street to track 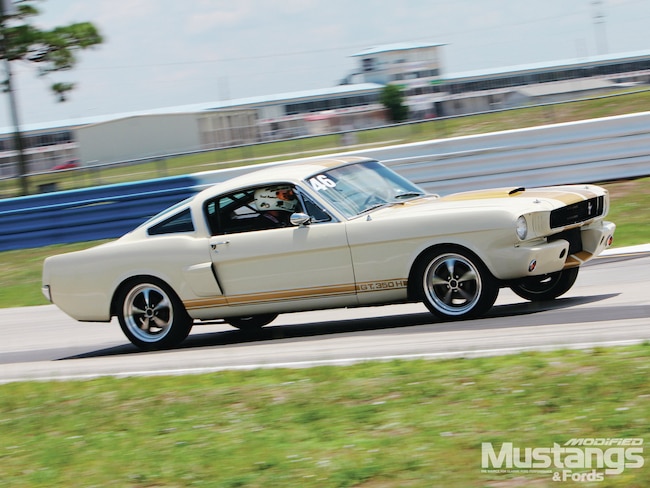 If you have attended any vintage car convention, particularly with an emphasis on racing, chances are you have found period race cars, and a marquee race for them. By far, the most popular groups are the vintage Trans-Am and B-Production sedans of the mid '60s through the early '70s. This group includes the legends from the American Big 3, including Mustangs, Boss 302s, Camaro Z/28s, Firebirds, AAR 'Cudas, and so many more contenders. One purebred racer stands above all others and is the most popular by far, the legendary '65 Shelby GT350s.

The history of the Shelby GT350 is well known to almost all enthusiasts. What's not as well know is what goes into building the race versions of these cars, the awesome '65 Shelby GT350R (only 36 were ever made), and the current vintage racing Mustang fastbacks that recreate this car. Back in the day, these cars raced in SCCA B-Production from 1965 onward and simply dominated their class. When Trams-Am was founded in 1966, newer versions of the Mustang carried the torch, culminating with the '70 Boss 302 and its dominance of the 1970 season.

If indeed you have been to a recent SAAC (Shelby American Automobile Club) convention, or one of the many other similar vintage racing events, you have found many vintage Mustang racers on the track and lounging in the sun. These cars are a mix of genuine Shelby GT350s and regular Mustangs that have been rebuilt into period-correct race cars.

To keep the fields even, and govern car construction and safety, there are a few groups that have series for these cars. They have very strict and specific rules and guidelines for the cars, keeping them both safe and looking period correct. The two major groups are SVRA (Sportscar Vintage Racing Association) and VARA (Vintage Auto Racing Association). Both groups have very similar rulesùhappily both also strive to keep the technology and looks period correct, while allowing some modernization for safety and reliability.

So, back to our original question: What's involved in building one of these cars? It's almost like building any race car, only with stricter rules. Instead of going into a very detailed investigation, we'll show a comparison between a stock '65 GT350, a restored GT350R, and a current race-modified GT350. We'll cover the basics of each major area of the cars and give an overview of the modifications.

If you want all the specifics, you should contact each individual sanctioning body and get the specific rules. In a broad stroke, the rules keep the cars as close to production as possible, while allowing brake, engine, and electrical upgrades in accordance to practices of the period. They do accept some modern technology such as ignition, fuel, some brake, and other areas, while strongly suggesting full rollcages, fire protection, and other safety features. It keeps the cars from becoming the tube-framed monsters of today, and the costs are held in check. So to all of you "Walter Mittys" out there, follow with us as we show you what your future driver's "office" consists of. 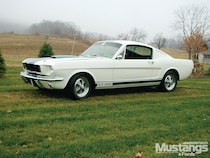 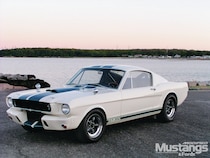 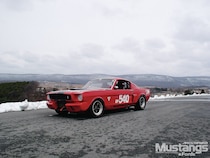 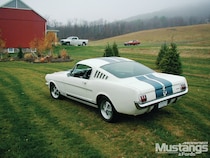 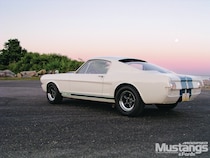 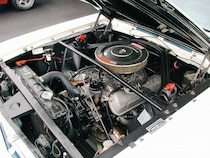 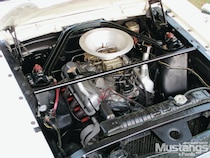 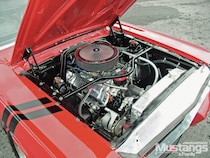 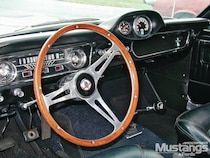 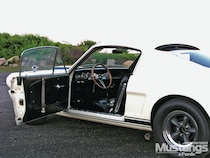 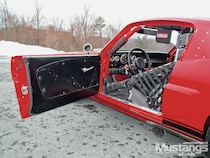 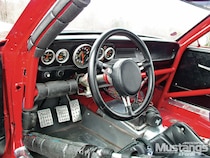 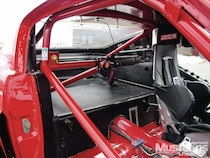 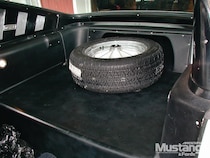 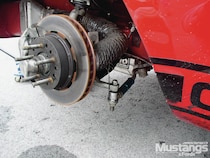 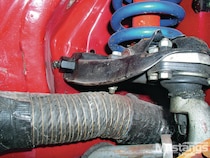 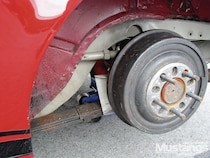 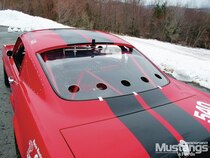 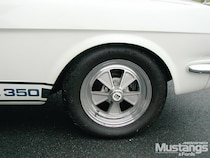 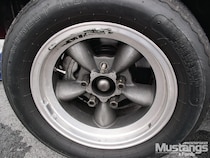 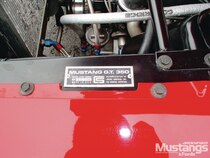 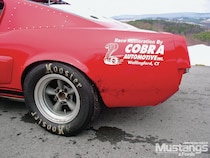 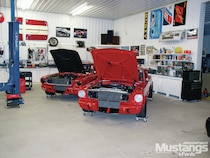