Putting The Three-Valve GT To The Chassis Dyno Test 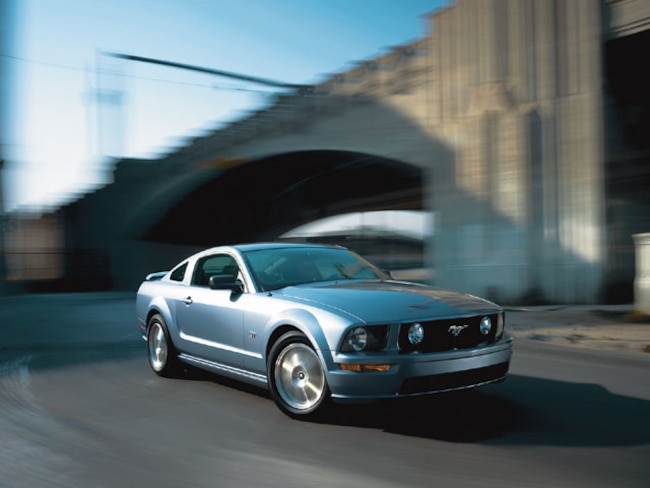 By the time you read this, the much-anticipated '05 Mustang should be in general circulation. But, as we write this in late August, delays in sending the new Pony into full production have created an anxious waiting list among shops and businesses needing to get their hands on one in order to engineer new aftermarket products in time for the November SEMA show in Las Vegas. Naturally, you can count on us to bring you the full story on those S197 hop-ups as soon as they start coming to market. For now, we're just happy to be able to get you the dyno skinny on how the new Three-Valve GT compares with its Two-Valve ancestors.

One of the first shops we know of to obtain an Oh-Five was Paul's High Performance, and when Paul Svinicki informed us of the car's impending arrival, we planned on being there to see what its advertised 300 flywheel horsepower would translate into at the rear wheels. We sure wanted to know, and we figured you might too. As usual, our plans didn't completely escape the great cosmic monkey wrench when, much to everyone's surprise, the GT that showed up turned out to have one of the new five-speed automatics onboard instead of a manual gearbox. So it's safe to assume that a stick-shift '05 will better the stock numbers shown in the accompanying dyno results.

Even so, the '05 posted big horsepower gains up top over a Two-Valve 4.6/four-speed auto combo. The losses in the midrange? We're not sure whether those are truly representative, as our tester would randomly throw computer codes suggesting glitches in the "active charge motion control" valves within its intake manifold. If these runner-control valves were acting up on our stock dyno pass, then that would certainly explain the dip in midrange power. Despite a slight weight increase, the new car feels stronger throughout the entire rev range on the road than does the old, according to my personal butt-o-meter.

On the plus side of the luck ledger, Chris Johnson from Superchips Custom Tuning happened to be visiting PHP at the same time, so he and Paul immediately set about developing an electronic tune for the '05 to see if there was more to be found. Indeed there was-as the dyno charts will reveal. And, since the new GT features throttle-by-wire and electronic control of its 5R55S automatic tranny, that tune-up also sharpened throttle and shifting response in ways that the dyno might not reveal as well as our before/after road testing did. In stock form, the extra ratio of the new transmission is a clear performance improvement over the old 4R70W, and after the SCT/PHP tune, it felt considerably better yet. The five-speed auto will be a great choice for those of you having to contend with a daily commute in gridlock traffic, but we'll have to wait and see how it holds up to elevated power levels or typical dragstrip abuse.

The bottom line? Ford's recent love affair with Three-Valve heads seems to have paid off in the '05 Mustang. Stay tuned to future issues to see how they respond to bolt-ons, power adders, and other modifications. Hang on, this should be an exciting ride.

Our principal goal here was simply to see how the Three-Valve 4.6 performed on the chassis dyno in comparison to a PI Two-Valve 4.6. As you might expect, the Three-Valve (which also benefits from variable cam timing) is more rev-happy than its twin-valve cousin. This fact is reflected in the factory flywheel ratings, in which peak horsepower and torque each occur 500 rpm higher on the tach than an '04 Two-Valve's. In our case, this resulted in 43.3 more rwhp and 42.1 more torque at 5,400 rpm than the Two-Valve. That said, our tester started a gradual fall-off above 5,400 revs (whereas the Two-Valve peaked at 4,900 rpm), so there's certainly no sense in trying to zing a stocker to 7,000.

Naturally, it didn't take long for Paul Svinicki and Chris Johnson to throw an electronic tune at the car, just to see how much the factory had left on the table. That tune picked up as much as 30.1 hp and 28.2 lb-ft while no doubt requiring premium fuel (the GT's stock Three-Valve can get by on 87-octane). Perhaps more important from the driver's seat, the tune also coaxed more immediate tip-in response out of the Mustang's new electronic throttle control, and firmed up the electronically commanded shifts of its 5R55S without making them the least bit uncomfortable.

Of course, this just scratches the surface of the Three-Valve's potential. You can be sure we'll pass on manual-gearbox chassis dyno results as soon we have some.